Invented in the 70’s by John Conway, the Game of Life is the famous cellular automation that simplify Von Neumann’s ideas of a universal constructor. This program simulate bacteriological life on a computer, with simple rules given to a grid of pixels. It generates emergence and a complexity where unpredictable patterns can appear. Those patterns have been listed and classifi ed by many researchers to be studied and gain control on a production that is nor human nor natural. Here some of those patterns have been redrawn with beetles. 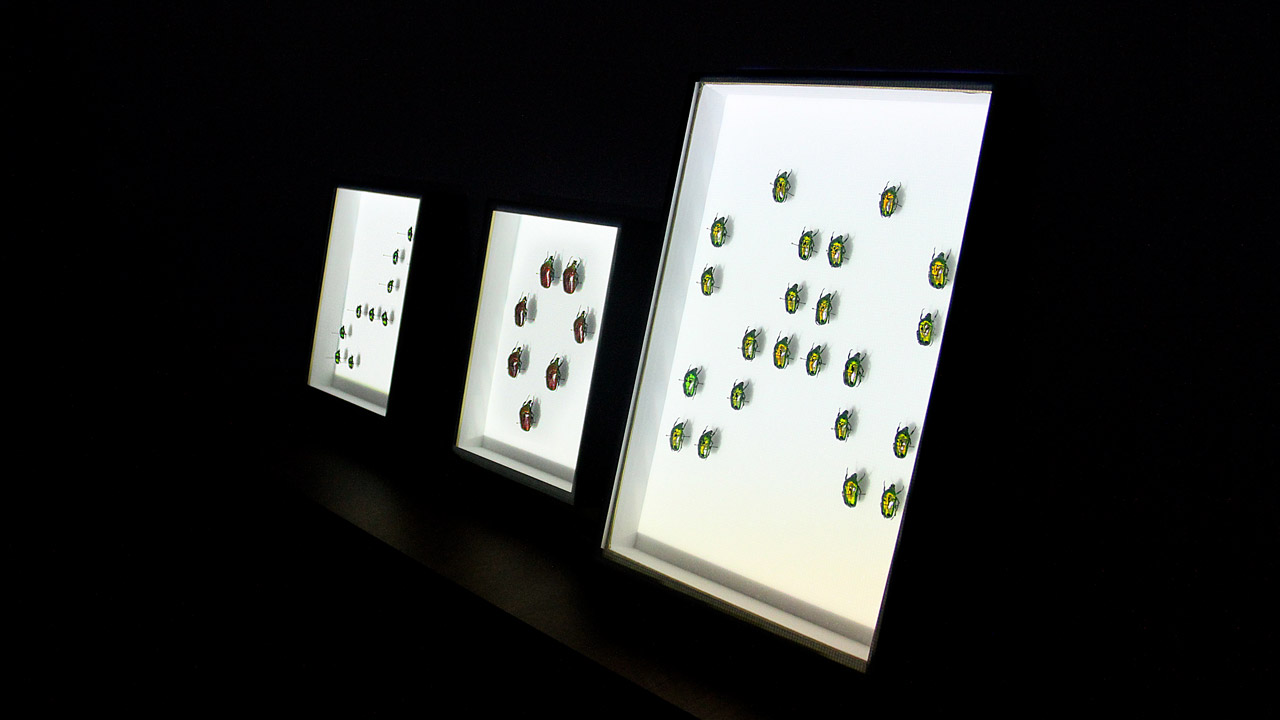 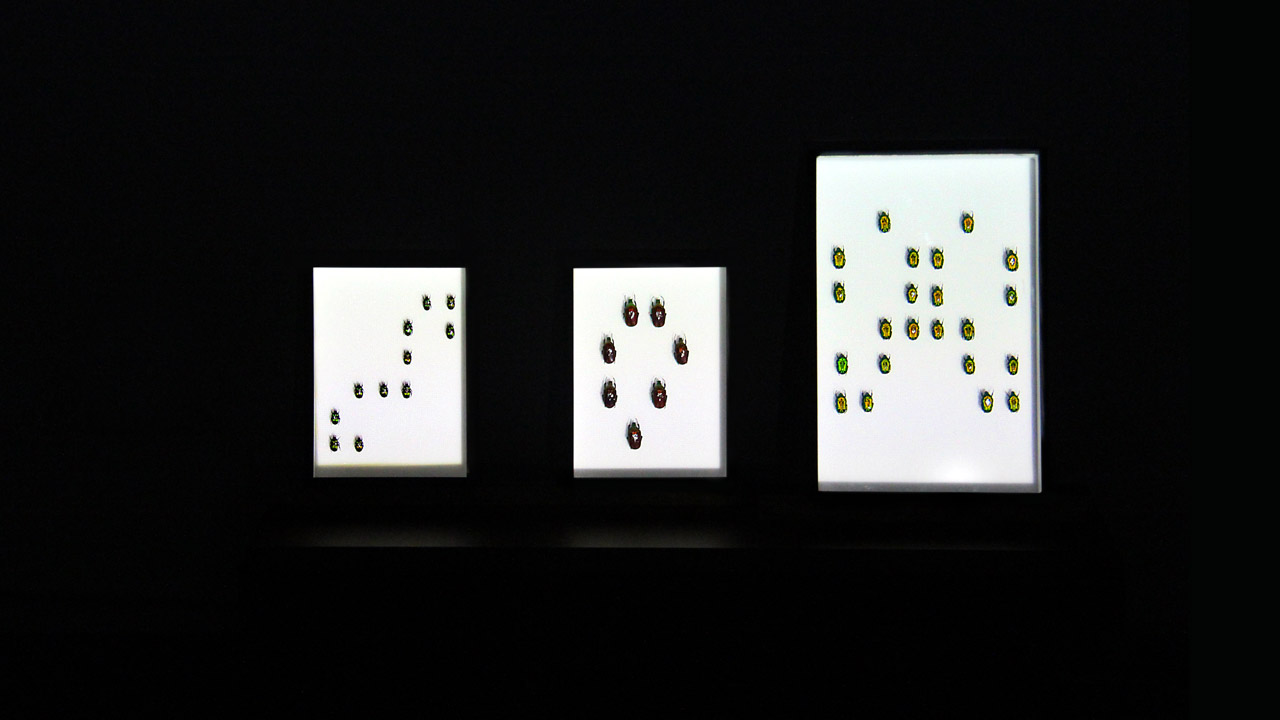